The planet Pandora isn't much more than a desert filled with bandits, mercenaries and adventurers. Their goal: the legendary vault which is said to be filled with treasures beyond imagination hidden on the planet by an ancient highly advanced alien race. One of those fortune-seekers is the protagonist, who has one advantage: the guidance of the Guardian of the vault.

At the beginning of the game the player chooses between one of four characters:

• Roland: A former soldier. He likes to play with rifles and shotguns and has a Scorpio-Turret at his disposal to keep his back clear.  • Lilith: A Siren and Phasewalker. She can turn invisible and fights with extreme speed.  • Mordecai: A hunter. He prefers to snipe enemies from a distance and has access to a bird of prey called Bloodwing.  • Brick: A Berserker. He doesn't care much for guns and instead uses his fists to win all arguments.

Each of the four characters has three different skill trees available, filled with talents that e.g. increase bullet damage or allow the player to resurrect a friend in cooperative game. The player gets one skill point to spend at each level up, which is earned through gaining enough experience points by killing enemies and fulfilling quests for the various NPCs inhabiting the planet Pandora. To kill all those enemies and survive the journey, the protagonist will find weapons, ammunition, useful items like shields or medipacks, upgrades and money on the enemies he or she kills, in chests scattered around the landscape, or purchased at vending machines. Weapons and shields come in different types of quality, can have several different types of attributes and mostly come with a level requirement. The maximum level a character can reach is 50.

Since the protagonist has to travel around much, he or she has a buggy available armed with a machine gun and a rocket launcher or heavy machine gun at later levels. Since the game also features a drop in/drop out-coop-mode for up to four players, the buggies have enough room for two players with one using the mounted turret and the other driving around the vehicle. 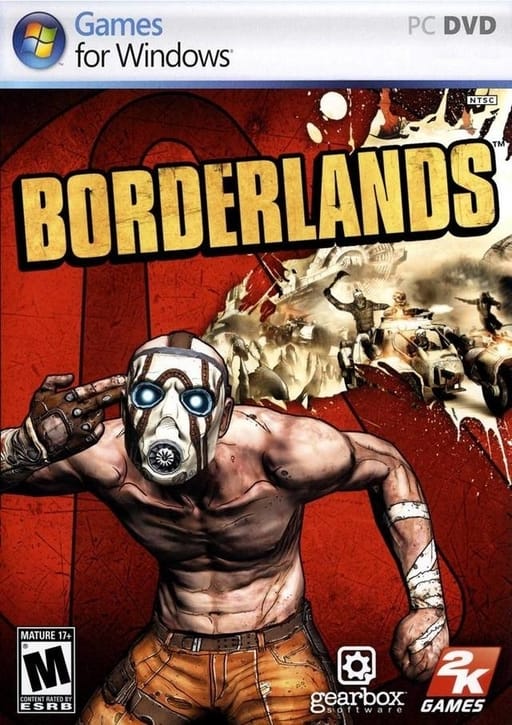