Danganronpa: Another Episode is a third-person shooter spin-off of the bizarre Danganronpa franchise.

Taking place half a year after the events of the first game, and before the beginning of the second game, the story focuses on Komaru Naegi, the younger sister of the first game's protagonist, Makoto Naegi. Following The Tragedy that took place one and a half years ago, Komaru has been holed up in her apartment in Towa City after the nefarious Monokuma took over the city and infested it with his robot army and loyal followers. Forced to flee into the outside world when a Monokuma robot attacks her apartment, Komaru comes across a certain someone who entrusts her with a “Megaphone hacking gun” which allows her to battle againts the robots. Teaming up with Toko Fukawa/Genocide Jill, one of the surviving students of Hope's Peak Academy alongside Makoto, Komaru soon comes up againts the Monokuma Kids, a group of RPG-fanatic children who murder adults in the name of Monokuma. 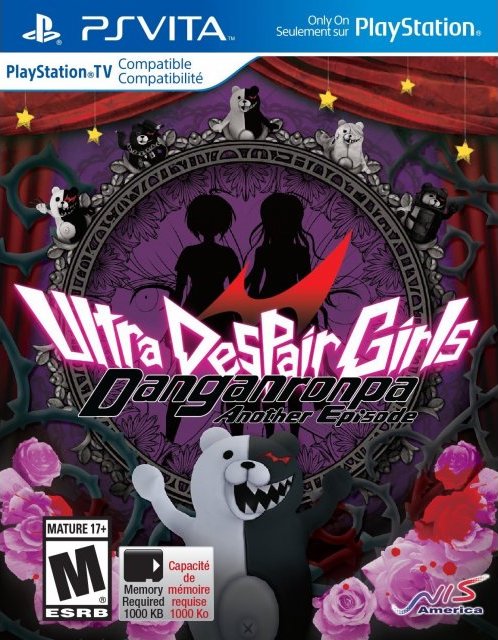