Jellyfish is an arcade game where the goal is to pilot a submarine and shoot giant underwater sea creatures and rescue barrels of undersea nuclear waste.

The submarine can move in 4 cardinal directions, but can not move on angles. The ship and monsters can track off the screen horizontally, and appear on the opposite side, but not vertically. You are armed with infinite shots, and when a sea creature is hit, it will split into 2 smaller creatures, which will then split into 2 small creatures until destroyed. Underwater creatures include squid, jellyfish, and large globs. Players receive points for destroying creatures. There are also barrels of nuclear waste located at the bottom of the screen, and the player receives points by picking up these barrels. The player completes a level by destroying all the monsters.

The player's submarine is destroyed if it contacts a monster or a barrel of waste. The player has a total of 5 ships, and it's game over when all are lost. 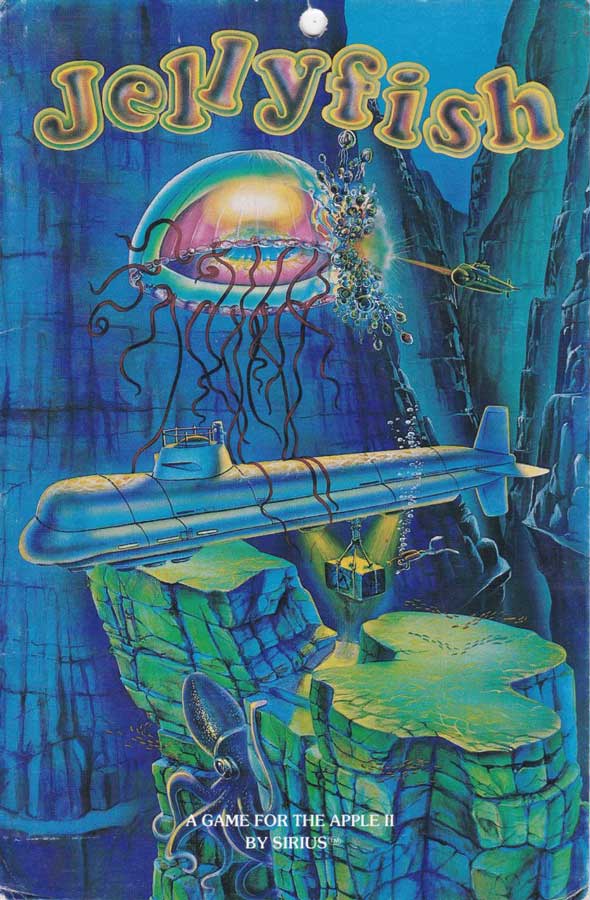