The magical land of Riverandia is in a state of turmoil!

Several years have passed since the rainbow-colored Crystal Tower was suddenly enveloped in darkness. With the world plunged into horror and chaos, a legend began to spread amongst the people about a savior who would come to save the world. Then, one day, a lone knight appeared. His name: Alexander Valford. 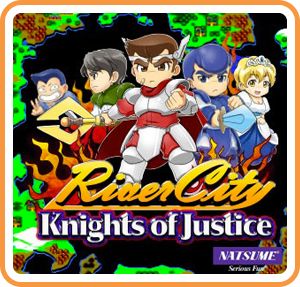