Toshi Tensō Keikaku: Eternal City is a 2D-scrolling shooter game with some metroidvania elements. You play as Minty Geile, a girl piloting a type of robot-suit called YF-25 Algideross. The gameplay is similar to the Leynos games. You move and shoot with your mecha around a sort of big maze, occasionally confronting bosses. The mecha can shoot only horizontally so you need to jump and fly to hit enemies at different heights. Wandering around you will find some transition rooms where you receive some info and hint from your superiors and where you find pods where you may gain new features, new weapons, restore health and so on.

The story is not elaborated on, as there is not a single word about it in the game or in the manual. The mecha and character design is done by Masamune Shirow (Ghost in the Shell, Appleseed). 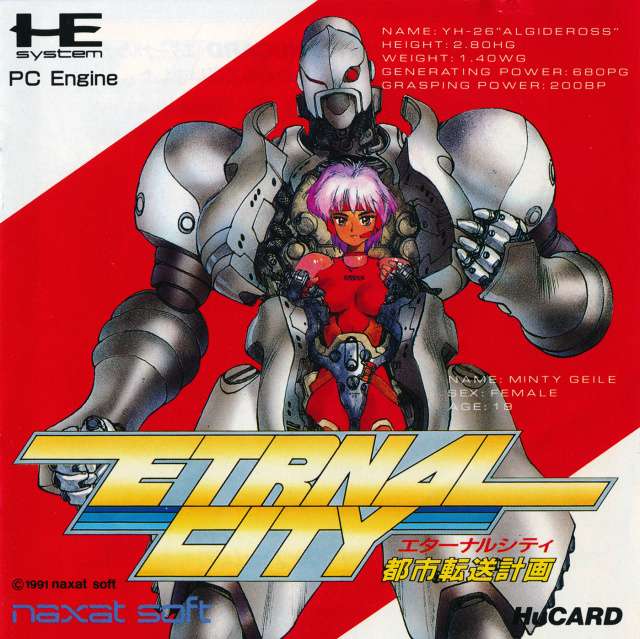