The Burning Angels are two scarcely clothed women who fight with space ships. Their current goal is to rescue the head of a science project who was kidnapped by aliens. Now they head into their ships, fly through the vertically scrolling levels and kill everything they see, including several boss enemies. Killed enemies leave behind power ups which reward five extra weapons, e.g. missiles or drones, which can be used simultaneously or a smart bomb equivalent. The player has a health bar which decreases when the ship is hit by enemies and when it is completely empty, the game is over because there are no continues or extra lives. Similarly, the death of one players ends the game when using the co-operational multiplayer mode. 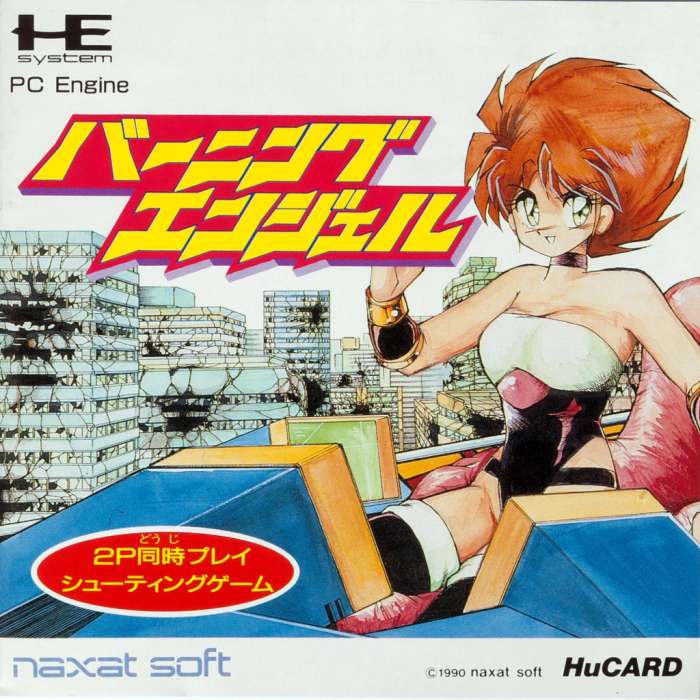