The world of Fern was in turmoil until the knight Emmerich wins a battle over the evil Glory, and seals Glory's soul inside a candle. Since then, peace has reigned.

A soldier named Farreth was summoned before King Millem of Elmia. The king tells Farreth that the Magic Candle at Teth Sanctuary needs Farreth to protect it. The previous guardian, General Guilles, has left his post, as he is now rebelling against the King. Later while Farreth was at home with his wife Minea, he tells his son of his mission. However his son is coming of age and so Farreth wants him to gain some experience and sends him on a mission to deliver a letter to the priest in Moelin Village.

However during the deliverance of the letter to the priest in Moelin. one of General Guilles henchman attacks and steals the Time Bracelet. The priest was fatally injured during the attack, but before expiring he hands Farreth's son a Time Shard, a key component of the Time Bracelet, and tells him to bring the Time Shard to his father in Elmia.

However after Farreth's son leaves Moelin, he sees that the ship he took there was destroyed and now must go on a long journey back to his father in Elmia so they can deal with General Guilles and his minions. This is where the player steps in, as they take on the role of Farreth's son.

Magic Candle is an RPG in the same vein of the first Dragon Quest. The game features only one character to play as, as there are no other party member to recruit.

Players travel on an overworld going from village to village and will also have to visit hostile locations. While on the overworld or visiting a hostile location, players can go into first person turn based random battles. During battles, players select from the following battle commands; Attack, Magic, Items, and Escape. Beaten monsters drop gold and give experience. Defeating enough monsters will eventually earn the player enough experience for the player to level up which will increase their stats.

While in a village, players can open chests to find items and gold, talk to villagers, shop, sleep at an inn to restore health, and pray at a church in order to save their game. 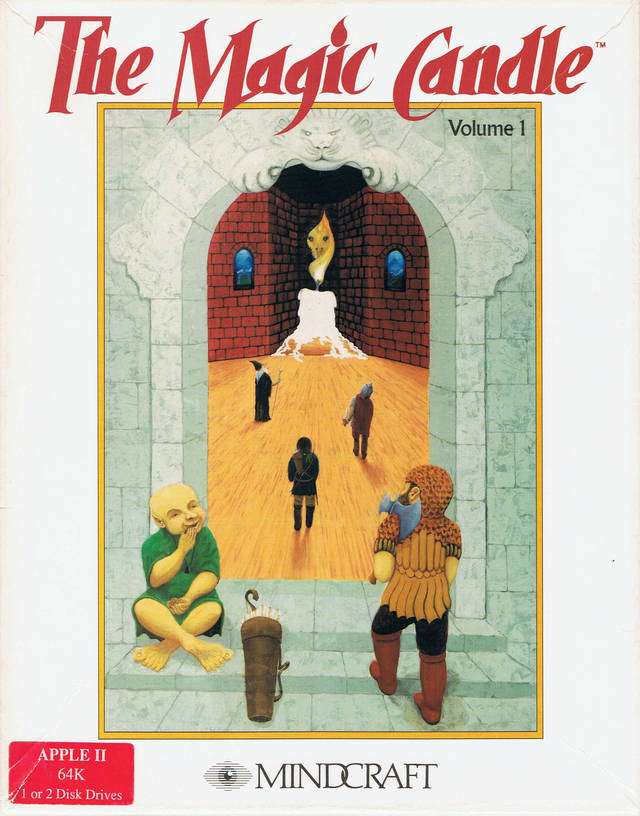