Stardust Suplex is a competitive all-female pro-wrestling game for the Super Famicom. Unlike other all-women wrestling games for the Super Nintendo, such as JWP Joshi Pro Wrestling: Pure Wrestle Queens and Fire Pro Joshi All-Star Dream Slam, Stardust Suplex is not affiliated with a real-world wrestling organization but instead is presented by the "VLPW" or "Varie Ladys [sic] Professional Wrestling" circuit. However, the game's fictional wrestlers all have loose real-world parallels, similar to those featured in the Fire Pro Wrestling series.

The game features three modes: Battle Royal, which pits four wrestlers against each other; Vs Battle, which is a single one-on-one or tag team match; and Stardust Super Battle which plays more like a tournament. The sixteen wrestlers have their own distinct finishers. 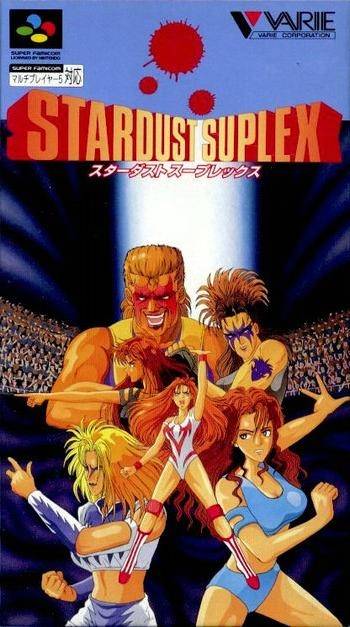