Araiguma Rascal is a puzzle game based on the anime series of the same name, featuring the raccoon Rascal.

The game plays just like a Tetris-clone, with a twist – the player is actually in control of Rascal, and uses him to stack items either vertically or horizontally in order to clear them, making the game similar to Wario's Woods, gameplaywise. Stacking three or more items of the same type makes them disappear, thus increasing the green bar on the bottom. As soon as that bar is full, the stage is cleared.

There is also a two-player mode that uses the same gameplay as the single-player mode (where the second player controls Sterling), both cooperative and versus, as well as a two-player "course game", where each player must run along a course by avoiding and pushing obstacles out of the way. 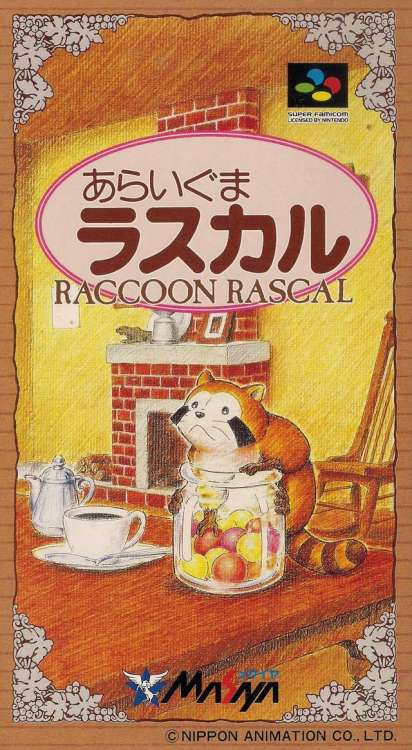