Res Arcana Diana Rei: Uranai no Meikyuu is a divination simulation game for the Super Famicom released in April 1995. The player inputs their data, including their date of birth and the Japanese prefecture in which they live, and the game divines their fortune based on either tarot card reading or other means of mystical prognostication. In each case, the player chooses the card/reed/item that determines their fate. Res Arcana is the first of two fortune-telling software products to be released on the Super Famicom. It was followed by Tarot Mystery later the same month. 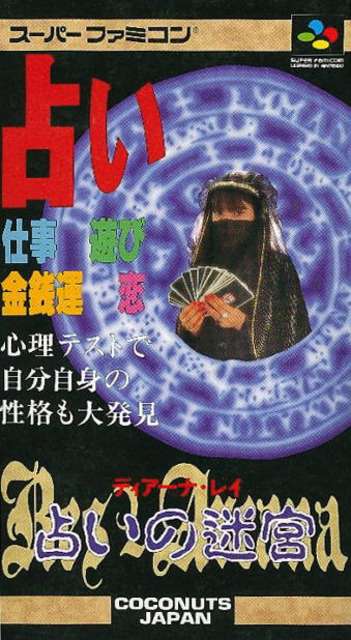