Libble Rabble resembles Qix in that it consists of a series of single-screen stages where the goal is to cut portions of the screen by moving markers around. The markers take the shape of arrows with a string attached between them; areas are cut out by wrapping the string on poles equally distributed throughout the screen.

Each stage contains mushrooms and enemies. The stage is completed when all mushrooms have been trapped in enclosed areas and cut out. If an enemy touches one of the arrows a life is lost. There are also enemies that can temporarily disrupt the enclosure by cutting the strings. In addition, treasure chests can be spotted, enclosed and cut out to increase the time limit and other bonuses. 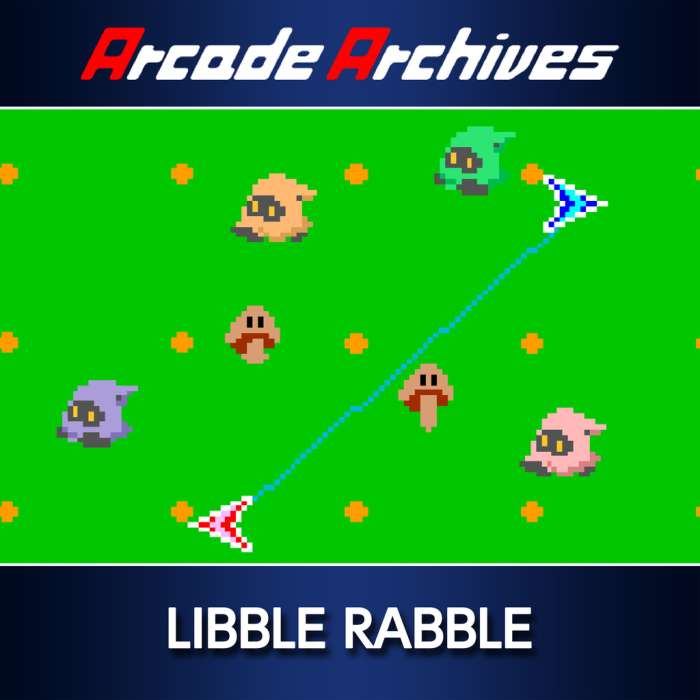