In the mystical land of Mardias, the Valaimian Empire threatens to upset the balance of power of the continent. Our hero, Fazz and his band of mercenaries are hired to protect one of the Ruins of Xia from the Valaimian forces. Little do they know, that a more sinister power is rising. Will you be able to stop it before the world of Hoshigami is engulfed in eternal darkness?

In Hoshigami: Ruining Blue Earth the player must raise a small army of mercenaries by fighting turn-based tactical battles. Game flow involves selecting places on the world map, watching story characters interact, and then a battle. While on the story map, the player can equip items and teach party members skills, as well as train the party. Battles take place on a square grid, complete with various terrain. Quicker characters can move first, and when the characters' turn is over, they can spend RAP points to control when they will go next. 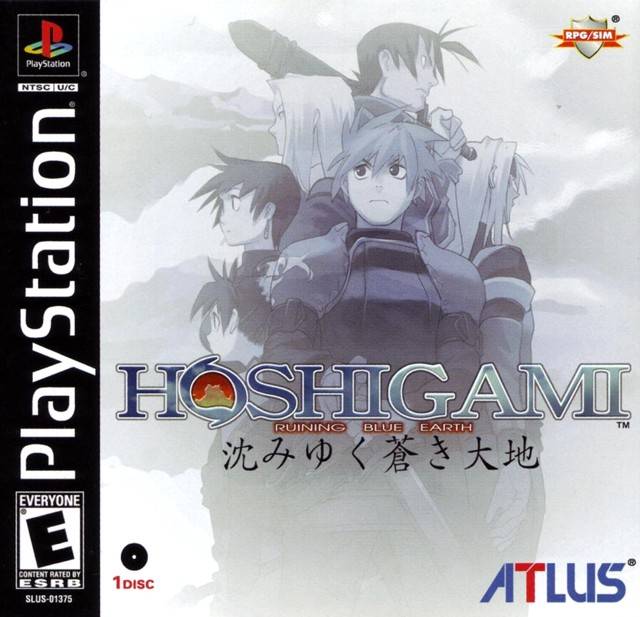