Toejam and Earl are two hip aliens from the planet Funkotron. One day, they are cruisin' their galaxy in the sweet spaceship ride. Unfortunately, Earl wasn't paying enough attention to where he was driving, and ran the ship into an asteroid. The ship crash landed onto the most bizarre planet in the galaxy: Earth.

Toejam and Earl must travel from level to level on Earth and collect the 10 scattered pieces of the ship. But the various Earthlings, such as Nerd Herds, Giant Hamsters, Phantom Ice Cream Trucks and the Bogeyman will make that difficult.

The power up items that TJ and E can pick up come in the form of wrapped presents. You never really know what a power up is until you open it. What's more, randomized levels and item locations make it a different game every time. 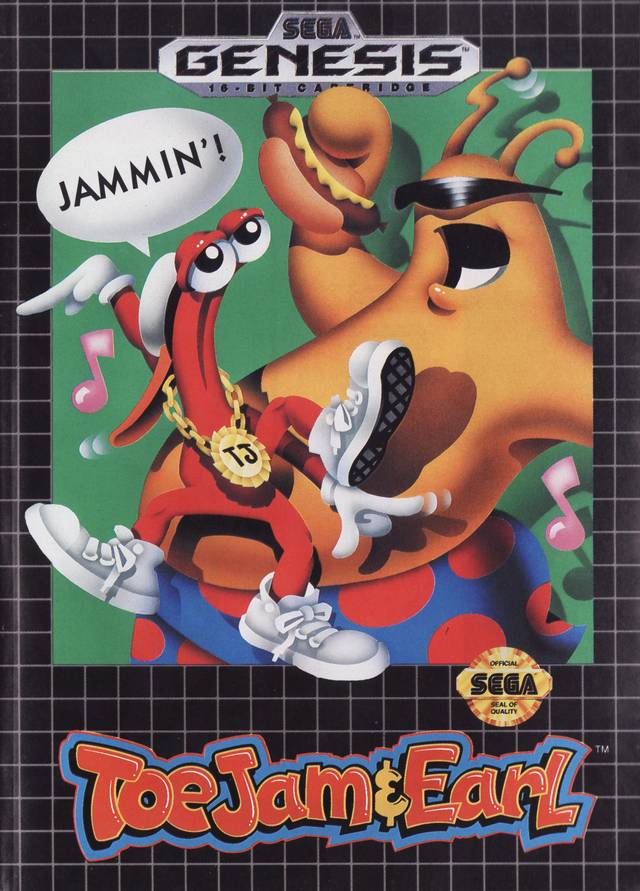