Hoshigami Remix is a strategy RPG video game, for the Nintendo DS and is a remake of Hoshigami: Ruining Blue Earth (originally released by Atlus) for the Sony PlayStation. The game was developed by Arc System Works and was released in Japan in May 2007 by ASNetworks and in North America in June 2007 by Aksys Games.

This rerelease of Hoshigami featured several additions to make it better suited to handheld gameplay, as well as to make it more accessible to new gamers, most notably with a selectable difficulty setting. Among these features were a new localization of the dialogue, new endings, and the requisite stylus control, which, combined with the dual screens, made for a slightly easier menu-surfing experience. A new character was added to this release, and the DS’ wireless features were used for an item-trading mode. 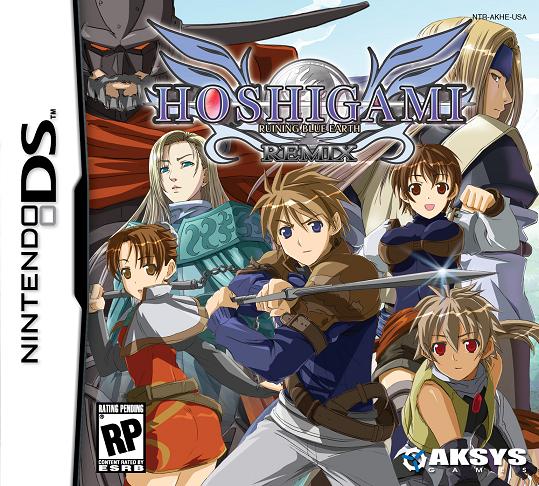