Reflection of Mine is a dark puzzle video game about the dissociative identity disorder. The entire game takes place in the broken mind of Lilly Witchgan and the goal is to discover who is real - Lilly herself or one of her many personalities. The plot will tell us about her many minds and how are they fighting each other.

During the game, the player controls two characters at the same time and one of them repeats the actions after another. If the player turns left both of the girls will go left, if the player turns right both of them go right, if one dies the other is buried with her. The difficulty is in finding the exit of the map, which is separated into two different parts. Maybe one of the girls will see only flowers in front of her, but that doesn't mean that there isn't a trap before her second personality. You will find a variety of traps that bring diversity into the game mechanics. 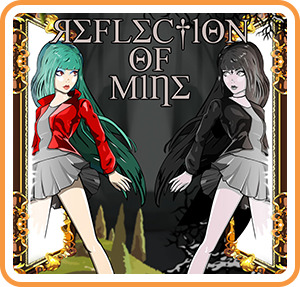