The king of Galagon, heard the voices of the ancients.

In order to bring the ancients into this world, he planned to open the Rift of Worlds and started a war. However, the war ended abruptly when he was sucked into the unstable rift.

With Tefo's disappearance, Rahil Kingdom seemed to regain peace. But one day, this precarious peace, riddled with the scars of war, and began to crumble as rumors that Tefo had returned started to spread.

The King of Rahil is looking for a Summoner to protect the kingdom against Tefo's enormous conspiracy.

Your story of defending the kingdom as a Rahil Guard begins now. 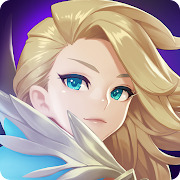