If My Heart Had Wings -Flight Diary-

"All people meet in the sky!"A group of boys and girls have their first real encounter with the sky - an encounter which provides the foundation for their new shared dream: to soar to the far side of the clouds, on wings into which they've poured their hopes and wishes.

The setting is Kazegaura - a lovely little town where the wind blows pleasantly. Today, a boy named Aoi Minase waits for the wind with his friends on a hill lined with windmills. Once again, they await the time for departure - to take off on the sprawling, white wings of a glider.

The sky above stretches out to infinity. Their goal: the highest point in the sky possible.

While If My Heart Had Wings -Flight Diary- is technically a fan disc for If My Heart Had Wings, it includes six stories - including the prologue and epilogue to the main story - and acts as a sort of sequel to the original. There are no common routes, and each respective story is played as a standalone story after selecting it from the startup screen. There are also no branches in the stories. 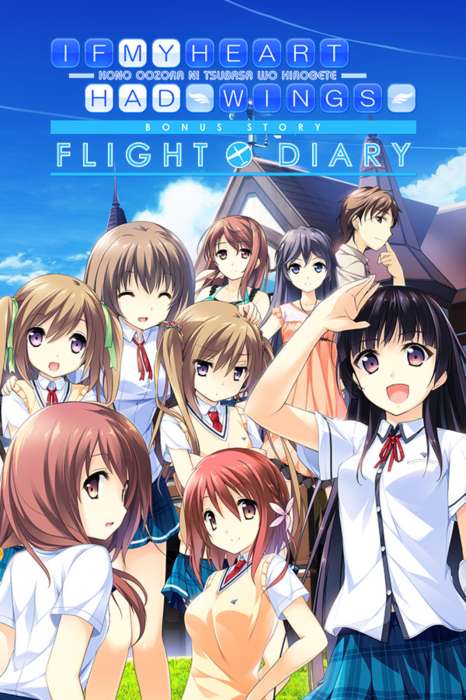