The game features and an arcade-style physics engine. Race tracks are based around a futuristic representation of San Francisco. Cars have the ability to extend wings from their lateral aspects, allowing for mid-air adjustments. This feature is a product of the science fiction setting and as such is not seen in other entries in the Rush series. As with previous titles in the franchise, Rush 2049 features a stunt mode in which the player scores points for complex mid-air maneuvers and successful landings. The game also includes a multiplayer deathmatch battle mode and race mode for up to four players. There are six race tracks, four stunt arenas, eight battle arenas and one unlockable obstacle course named 'The Gauntlet'. The single player race mode places emphasis on outlandish and death-defying shortcuts, creating a risk and reward structure to the gameplay. 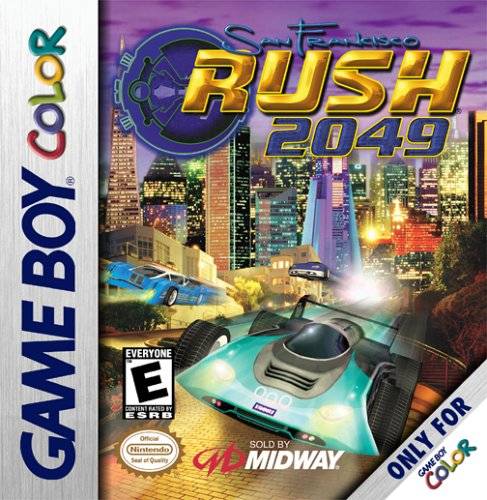