Call of Duty 4: Modern Warfare (or Call of Duty: Modern Warfare) is a first-person shooter video game, developed by Infinity Ward and published by Activision for PC, Macintosh, PlayStation 3, Xbox 360 and Wii. A separate handheld game was made from scratch for the Nintendo DS. The game was released in North America, Australia, and Europe in November 2007 for video game consoles and Windows. It was released for the Mac in September 2008, then released for the Wii in November 2009, given the name Reflex Edition. It is the fourth installment in the Call of Duty video game series (excluding expansion packs), and is the first in the Modern Warfare line of the franchise, followed by a direct sequel, Call of Duty: Modern Warfare 2. The game breaks away from the World War II setting of previous games in the series and is instead set in modern times. Call of Duty 4 was in development for two years, and it uses a proprietary game engine.

The story takes place in the year 2011, where a radical leader has executed the president of an unnamed country in the Middle East, and an "Ultranationalist" movement starts a civil war in Russia. The conflicts are seen from the perspectives of a U.S. Reconnaissance Marine and a British SAS commando, and are set in multiple locations, including the Middle East, Azerbaijan, Russia, and Pripyat, Ukraine. The multiplayer portion of the game features various game modes, and contains a leveling system that allows the player to unlock additional weapons, weapon attachments, and camouflage schemes as they advance.

Critically acclaimed, the game received an aggregated score of 94% from both GameRankings and Metacritic. The gameplay and story received particular praise, while criticism targeted the failure of the game to substantially innovate the first-person shooter genre. The game won numerous awards from gaming websites, including IGN's Best Xbox 360 Game. It was the top-selling game worldwide for 2007, selling around 7 million copies by January 19 and over 13 million by May 2009. 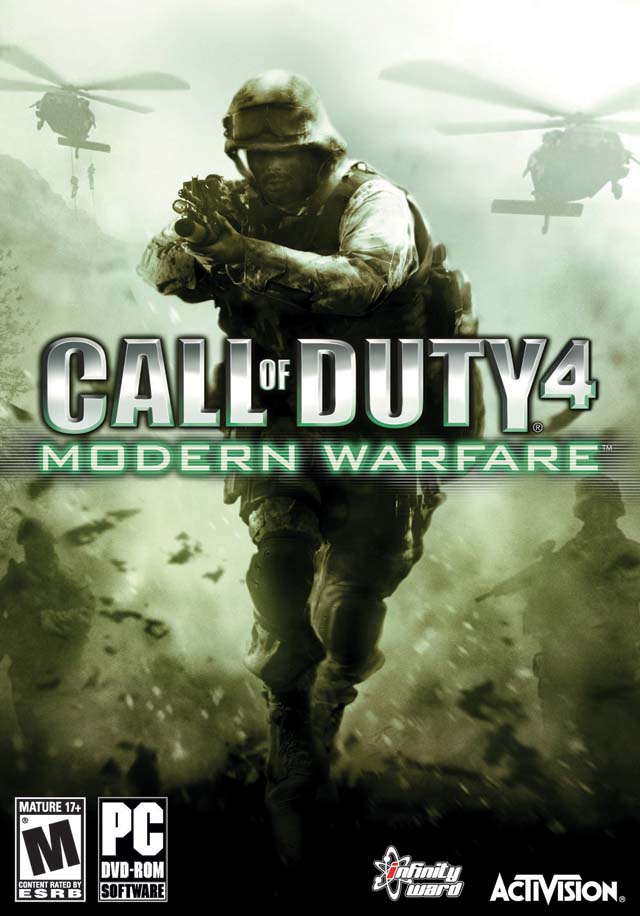