Star Wars: Shadows of the Empire

Set between The Empire Strikes Back and Return of the Jedi, Star Wars: Shadows of the Empire tells the story of Prince Xizor's quest to replace Darth Vader as the leader of the Sith, and wipe out the Rebels' chances of victory. The only man that can stop him is the interstellar bounty hunter Dash Rendar. The game is based on the novel of the same name, with locations including ice planet Hoth, Mos Eisley and the sewers of Imperial City, all in full 3D.

Levels each have very different objectives, ranging from piloting snowspeeders on Hoth and racing speeder bikes on Tatooine to shooting stormtroopers and droids on foot throughout the galaxy. Dash primarily uses a blaster with unlimited ammo, but can also find more powerful weapons with limited ammunition. Each level has optional "challenge points" that are hidden throughout the level, and finding all of them will unlock a cheat dependent on which difficulty setting the save file is on.

In the game, the player controls the mercenary Dash Rendar in his efforts to help Luke Skywalker and rescue Princess Leia from Prince Xizor's hands. It is part of the Star Wars: Shadows of the Empire multimedia project and takes place as a backstory between Star Wars Episode V: The Empire Strikes Back and Star Wars Episode VI: Return of the Jedi. 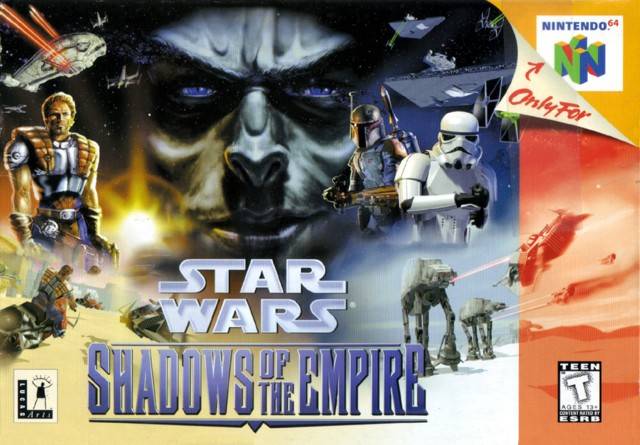