F.3.A.R. (or F.E.A.R. 3) starts with an introduction explaining the events of the previous games. The antagonist of the first game, Paxton Fettel, frees the Point Man from an asylum, where he was interrogated by the Armacham security. Together with Fettel, the player is tasked with finding a fellow operative Jin Sun-Kwon, and uncover the truth behind Alma and the evil Armacham corporation that created her. The story can also be played in co-op mode which allows a second player to play as Fettel and use psychic abilities to fight alongside the other player.

The player has to use several guns varying from pistols to rocket launchers to fight off enemy soldiers, monsters and a hostile cult who used to be the residents of the city. Just like in other F.E.A.R. games the player can use his own psychic ability which slows everything around him down, so he can shoot the enemies without them firing back as much. A new option for the player is to hide behind cover and wait for an opportunity to fire at enemies. Another returning feature are the sequences when the player steals a combat robot and can massacre the enemies with rockets while they fire hopelessly at him or her.

Very often there is nothing to shoot and the game instead focuses on scaring the player. This often happens in areas marked by blood on the walls, broken lighting, etc. There is a variety of monsters that can stalk the player as well as the earlier mentioned cult. Alma Wade also tends to show herself and jump at the player before fading away. 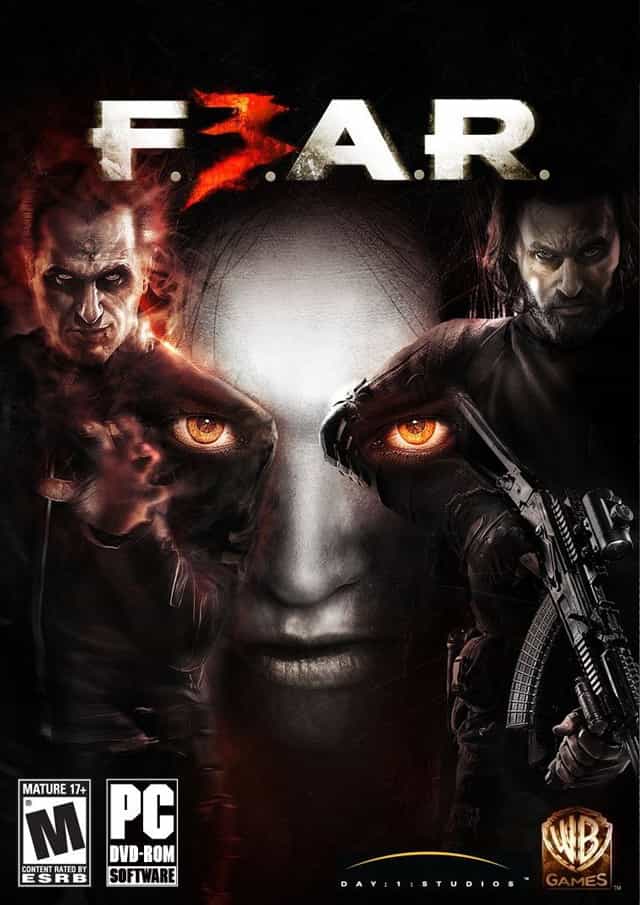