Although the Tokimeki Memorial series was originally male-oriented, this game is directed toward the female market and involves a female protagonist looking for love amongst a cast of male characters. Some modifications in game-play were also made to make the game more appealing to female gamers. The player is able to go shopping on her free days to buy clothes and is able to change her daily attire as well as dressing-up for a date. In addition to the male love-interest characters, there are also female characters who can become the player's friends, study together, go out for coffee, etc. These characters can also become love rivals. The parameters which are built up through different activities include academic ability, art, popularity, sport, attentiveness and beauty.

Among the changes in the Nintendo DS version there is a new character, Tendo, and new features including a best friends scenario, skinship, and kiss endings. The best friends scenario involves a confession of love from a male best friend. The clothes have been switched to the more popular Tokimeki Memorial Girl's Side 2nd Kiss fashions. 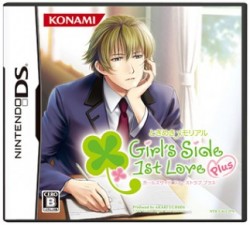