Seto is a young boy that is extremely special; he may be the last human being alive on the planet. In a post-apocalyptic world that's covered in fog and has lost its light, he searches abandoned cities tirelessly with a flashlight in hopes of finding other humans, any human. As Seto searches through these eerily calm and beautiful ruins of a civilization lost, he comes across a mysterious girl named Ren, who quickly scurries away from him despite possibly being the only other living human in the world. As he struggles to be reunited with Ren and search for other survivors, he must fight off the ghosts and demons that haunt this forsaken land while also piecing together the mystery of what brought about the disappearance of all mankind. 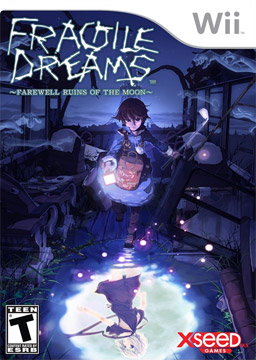