As Sonic celebrates his birthday with his friends, a mysterious new enemy called the Time Eater appears, sucking everyone through various 'time holes' and scattering them across different places in Sonic's history. Sonic finds himself in strange dimension known as White Space, where everything has been drained of color. As Sonic searches for his friends, he encounters his younger self, Classic Sonic, along with a younger Classic Tails. As the two Tails determine that Time Eater's actions are damaging time itself, both Modern and Classic race through their history, restoring time to normal and rescuing their friends. They soon discover that the mastermind behind Time Eater is none other than Dr. Ivo "Eggman" Robotnik, who has joined forces with his past self to erase Sonic's victories from history. Although the Time Eater manages to overwhelm the two Sonics, the support of their friends and the power of the Chaos Emeralds allow them to become Super Sonics and defeat the two Eggmen. As Sonic finally celebrates his birthday and teaches Classic Sonic some new tricks before he and Classic Tails travel back to their time, the two Eggmen find themselves stuck in White Space, with seemingly no way out. 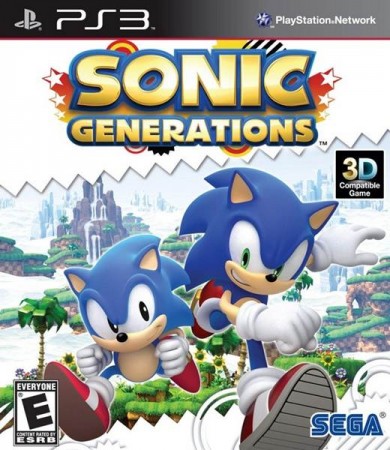