Set before Borderlands 2 before Handsome Jack became the CEO of Hyperion, Borderlands: The Pre-Sequel stars a new team of four unique classes, all of whom are under Jack's employ in assisting him in his plans for power. However what's new over the prior two Borderlands games is the classes are all pre-existing within the universe, which includes the playable debut of series mascot Claptrap.

Borderlands: The Pre-Sequel! is to play very similarly to Borderlands 2 as a loot-driven, first-person shooter RPG, and will once again include online cooperative play for up to 4-players. What really sets it apart from previous Borderlands games is its setting, being Pandora's moon. Because there's no atmosphere, this then allows players to be able to jump significantly higher than usual and have better air control. Whence in the air, players can also then press the crouch button to do a powerful ground-pound attack, sending them searing towards the ground at high speed. 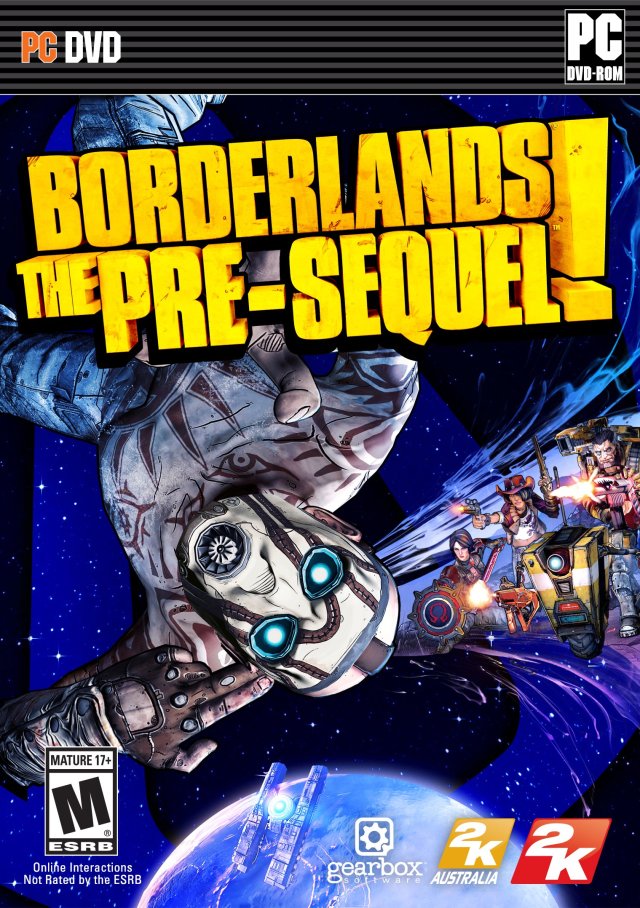