Evolution: Eternal Dungeons is a conventional turn-based role-playing video game game for the Neo Geo Pocket Color. It was released in Japan and the United Kingdom in 2000. Probably due to the large amount of text, separate cartridges were produced for the different regions it was released in, rather than allowing the player to choose the game language on the same cartridge. While the Japanese version is somewhat common, the English version is not. This game is essentially a port of its three dimensional counterpart for the Dreamcast. To accommodate downscaling for the Neo Geo handheld, the 3D graphics of the original were replaced with top-down two-dimensional maps and 2-D sprites.

Both the Japanese and UK version of the game were released in hard plastic boxes rather than soft cardstock.

The English translation has frequent grammar and spelling errors. 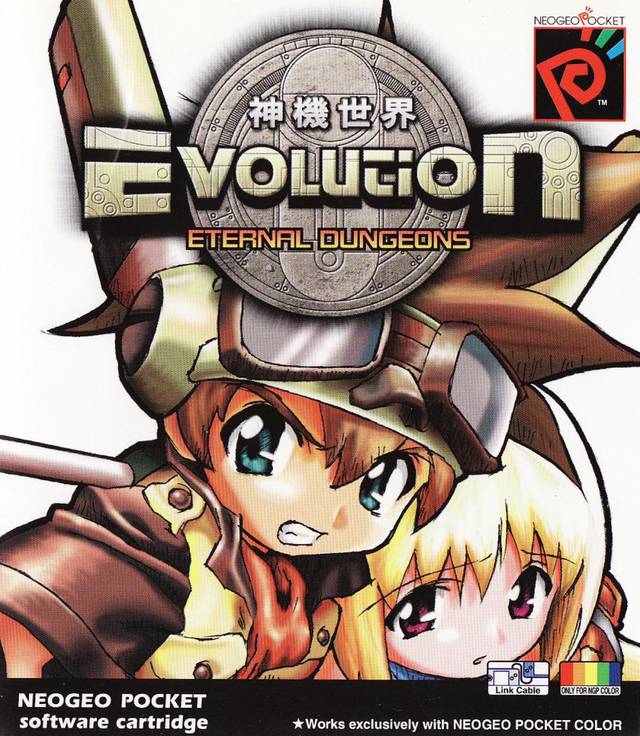