Kirby and his friends are back in an adventure designed to satisfy longtime Kirby fans and beginners alike. When an alien spaceship crashes in the otherwise peaceful realm of Planet Pop Star, its pieces are scattered throughout the land. Players must guide Kirby as he retrieves the ship's parts and helps an alien return to its home planet. This time, however, he's not alone. At any time, up to three more players can join in the fun and play as Meta Knight, King Dedede, Waddle Dee or a different color Kirby.

● Kirby’s powerful Copy Ability returns, allowing him to inhale, spit and transform as he encounters enemies. ● Players can deploy classic and new abilities, including: 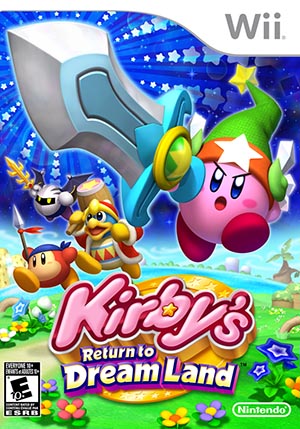