Castle Crashers is set in a fictional medieval universe. It begins with four knights attending a party in a king's castle. During the party a dark wizard arrives, stealing a floating mystical gem and capturing four princesses. The king sends the four knights to retrieve the gem, rescue his daughters, and bring the wizard to justice. The four knights encounter several enemies along the way, including other knights, multiple encounters with a cyclops, a giant "cat-fish", and alien invaders.

As the knights progress they succeed in rescuing the princesses, and ultimately the journey culminates in a final showdown with the wizard. The knights emerge victorious from the confrontation, having defeated the dark wizard, rescuing all of the king's daughters, and recovering the mystical gem. The knights then ride the reclaimed gem through several empty battlefields on their trip back to the castle. At the castle the king brings one of his daughters for one of the knights to kiss, her face veiled. As the knight leans in for the kiss, the princess removes the veil, revealing that the princess is actually a clown. 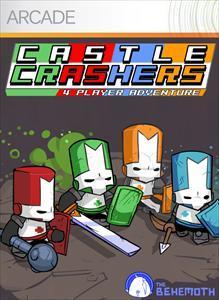