The Ico & Shadow of the Colossus Collection

The Ico & Shadow of the Colossus Collection contains;

ICO Within Ico, the player controls a boy named Ico, cursed by being born with horns on his head, and locked away in a remote empty castle by his village. Ico manages to free himself and comes across a young frail girl, Yorda, who is chased by shadow-like creatures that try to drag her to a different realm. Ico helps Yorda to escape, ultimately discovering that her mother, the Queen that resides in the castle is trying to use Yorda to extend her own life.

SHADOW OF THE COLOSSUS Shadow of the Colossus is considered a spiritual sequel to Ico, and later stated by its creator, Fumito Ueda, as a prequel set in the same world as Ico. The player controls a young man named Wander seeking to bring life back to the body of Mono, a woman that he cared for, by completing the task of killing sixteen monolithic beasts that wander the landscape. With his horse Agro, Wander locates each lair and destroys the beasts, slowly being overcome with dark energy, but fueled on by the opportunity to reunite with Mono. 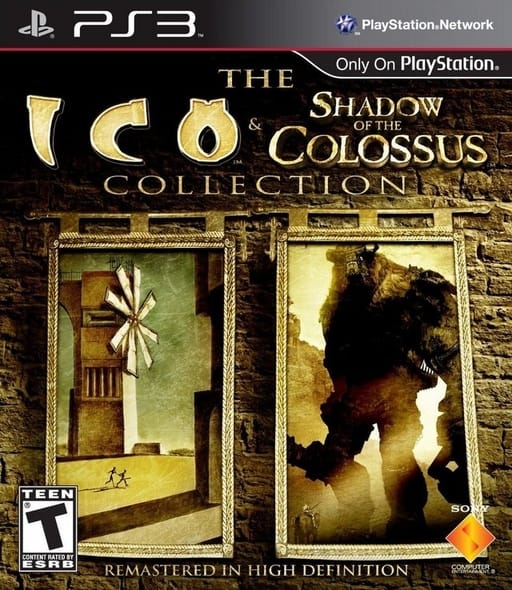