A prequel to the Mario franchise, Super Mario World 2: Yoshi's Island casts players as Yoshi as he escorts Baby Mario through nearly 50 levels in order to reunite him with his brother Luigi, who had been kidnapped by Baby Bowser's minions. Yoshi runs and jumps to reach the end of the level while solving puzzles and collecting items. Each level casts players as a different colored Yoshi, who must escort Baby Mario on his back and reach the end of the level, where he is passed on to the next Yoshi.

In a style new to the series, the game has a hand-drawn aesthetic. This aesthetic descends from producer and Mario creator Shigeru Miyamoto's distaste for the computer pre-rendered graphics of the game's contemporary Donkey Kong Country. The game is the first to have Yoshi as its main character and introduces his signature abilities to flutter jump, produce eggs from swallowed enemies, and transform into vehicles. 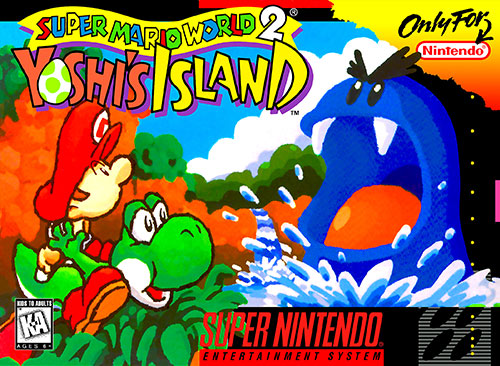