In this Game Boy Color update to 1989's role-playing game on the Nintendo Entertainment System, Dragon Warrior III follows the story of a young man, son of Ortega, who resumes his father's quest to defeat a powerful demon named Baramos. Unlike either of its predecessors, Dragon Warrior III supports a party of up to four characters from the following eight classes: warrior, fighter, mage, cleric, thief, dealer, jester, and sage. There are now 71 spells to cast, classified into such categories as attack, support, defense, healing, curative, reviving, travel, and more. Players will explore towers, caves, dungeons, and towns from land or by sea in this final chapter in the Legend of Loto trilogy.

Exclusive to this Game Boy Color update is the ability to collect more than 150 types of medals after defeating monsters. Players can check their status during this side-quest at any time, viewing a particular monster's artwork as well as the number of gold, silver, or bronze medals earned from a particular species. Duplicate medals can be traded with friends using a Game Link Cable. Other handheld-exclusive features include a board game styled after pachisi, in which characters can win bonus items and equipment, 100 "tiny" medals to find hidden in chests and other areas to trade for prizes, and interactions that vary based on each character's personality. The visuals have also been enhanced to a degree, with additional battle animations and revamped cut-scenes. 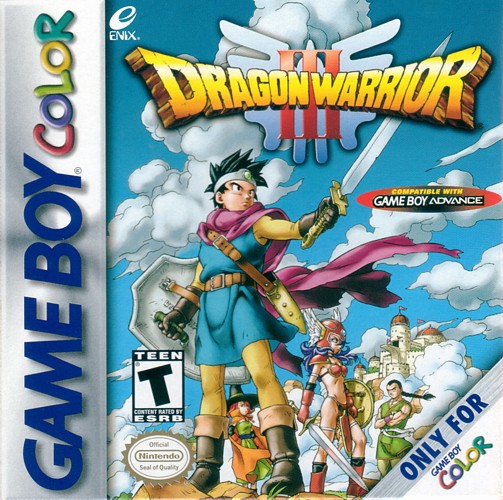