Crash Bandicoot takes a break from his usual platforming adventures for some fast-paced kart racing in Crash Nitro Kart for PlayStation 2, Xbox and GameCube. Race with nearly every character from the Crash universe in over 17 different tracks spanning 4 unique worlds. Race against the computer or with up to eight total players in tracks that range from futuristic cities, volcanoes, space stations, to jungles and more. Battle arenas offer wide-open environments where players can hunt each other down, while Arena Editor mode adds the option of customizing battle environments. Race in transforming karts equipped with mines, missiles, tornado attacks and more. 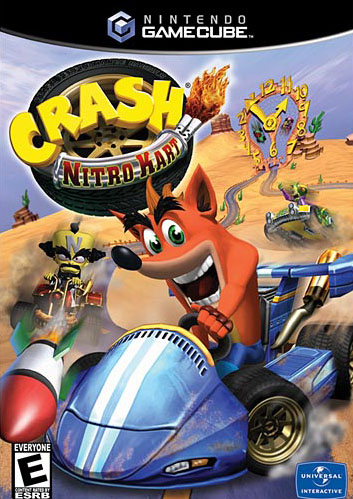