Harry Potter and the Sorcerer's Stone

One of several different games based on the first Harry Potter book and movie, the version for the PlayStation is a three-dimensional action adventure.

To complete his first year of studies at Hogwarts School of Witchcraft and Wizardry and foil the evil Lord Voldemort's plans, Harry must complete a number of challenges. These include platform sequences, made easy because Harry jumps automatically when reaching edges. There are combat scenes, where Harry has to knock out or drive back enemies. Some challenges require the player to solve puzzles. Harry can use five different spells, which have to be learned in class first. Successful completion of the tasks often results in house points for Harry's house Gryffindor; failure in some deducts points, so the race for the House Cup can stay open until the end.

There is also broomstick flying in the game, both in Quidditch matches, where Harry has to catch the Golden Snitch by flying through rings that it leaves behind, and on other occasions, like chasing Draco Malfoy and knocking him off his broom.

Exploring Hogwarts is often rewarding, as many optional challenges and secret rooms await, often with rewards like a special item or collectibles like Famous Wizard cards and Every Flavor Beans. The beans can be traded for passwords that open up more hidden areas. 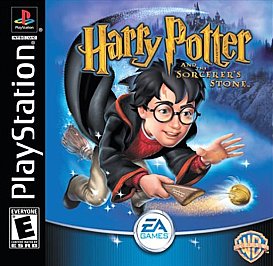