Pokémon Card GB2: Here Comes Team GR! is the Japan-only sequel to Pokémon Trading Card Game. The game story revolves around a new villainous team, Team Great Rocket, and contains nearly all of the cards from Base Set, Jungle, Fossil, and Team Rocket.

The game adds many new features not present in the original, such as new cards, the ability to play as a female character, a much larger in-game world, and a more developed story; rather than just collect cards and defeat the Grand Masters, the player must defeat Team Great Rocket. 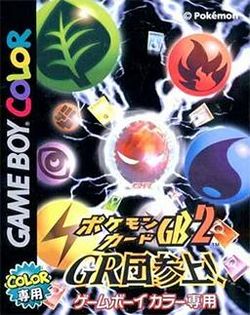