Countless legends surround a sword known as Soul Edge. Some claim it was the ultimate weapon. Others refer to it as the "Sword of Heroes." ...A phantom sword with immeasurable power of the spirits... the key to eternal youth... treasure without equal... a panacea to cure all illness... There are even those who consider it the "Sword of Salvation." Now you must enter into a deadly combat tournament and if you win, you will lay claim to the Soul Edge! Are you good enough to win?

Although no one could ever be certain of the sword's whereabouts or true identity, various rumors and folklore spread across the world. In reality, Soul Edge was comprised of twin blades that fed on human souls.

In the latter half of the 16th century, a warrior on a divine mission for the ancient god of forge successfully shattered one of the evil blades. Tragically, shattering the sword produced the opposite effect of what was intended. The balance of power between the swords was destroyed, and the evil of the blades spiraled out of control; its malevolent energy diffused into the sky in a form of eerie light. The phenomenon, which later became known as the Evil Seed, scarred the world with its evil legacy. 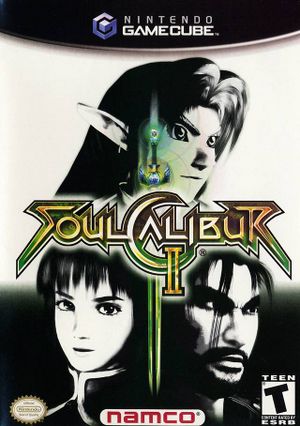