A story that takes place in a fictional world... It was the 1st of August. That morning, when she awoke, the heroine found herself without any memories from before August 1st...... Everything, from the sort of life she lived, to the relationships she had, was a blank...... A young boy named Orion appeared in front of her, referring to himself as a "spirit." Under Orion's guidance, the heroine began the struggle to regain her memories. She searched her house for clues about her everyday life, and received a message on her phone... What was displayed on the screen was an unknown name to her. Now, she is asked to meet with him, a boyfriend whose name and face she doesn't know. In a position where who to trust is uncertain, the heroine must move in a way that her memory loss remains undetected by her partner. Because of this, the story becomes tangled in complex ways.

With no memories of "him," our heroine will write a new love story starting today......

At the beginning of the game, each possible selection of a romantic interest has its own distinct world. Because of this, you can enjoy separate routes immediately from the start. In addition, within each route, each character's background will vary somewhat. However, your target character's personality and characteristics will remain unchanged (Only your relationship to him and the surrounding environment will change; his character will not). You can enjoy a different relationship with the characters in each world as you explore the story.

Before losing her memories, what kind of life did the heroine lead, and with which character...? Can she trust the people who appear before her...? Your progression through the mysteries of each story is completely different for each route. Because of her memory loss, the heroine has no memories of he who is her boyfriend. As the story progresses, you will come to know more about his personality and your surrounding relationships, and develop a new romance.

This mobile version is divided by chapters. The Normal Edition is available to download for free. The Prologue is playable for free and each chapter needs to be purchased. The new scenario is available upon purchase of all main episodes in the Standard Edition, but is available right from the start in the Premium Edition. The Premium Edition includes all the scenarios, as well as the new one. 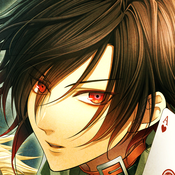