20XX - Gamindustri faces a dire crisis. Shops are boarded up, creators are overworked and starving, and death looms over all Gamindustrimen.

But the CPUs refuse to let this be game over for their world! Gamindustri had severed its ties to the chaotic Lawless Realm long ago, and yet... Ever since the advent of ASIC -the Arfoire Syndicate of International Crime- morality has all but vanished. As much as 80 percent of all students are rumored to worship a being known as Arfoire. Parents, despite knowing it to be a poor deity to worship, have gone ahead and allowed their children to do so. Even the governing bodies of the world have turned a blind eye to it, rather than crush the crisis in its infancy. Basically, Gamindustri was pretty messed up. Thus did Gamindustri fall into complete and utter disarray. Those who tire of living in this corrupt world are sent to wander the Gamindustri Graveyard, forever lost.

● Four or More for War! Have up to 4 characters on the battlefield, and 4 more on the sidelines, ready to jump in and give their support! ● Stella goes Rogue! Send Stella out to brave Gamindustri’s dungeons in this realtime mini-game and she’ll collect all kinds of treasure for you – you just sit back and eat pudding! Be careful though, because if she dies in the dungeon, she’ll lose all her special gear! ● The World’s your Oyster! Customize the Gamindustri experience with Plans, which allow you to do things like increase/decrease enemy difficulty, change the items you’ll receive from a dungeon, and more! ● Build-a-Sword! Use Idea Chips and Blank Discs to create custom equipment that can open up new worlds of skills for you! 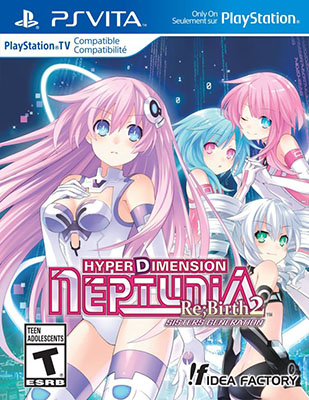