Banjo-Kazooie is a platform video game developed and published by Rare for the Nintendo 64 video game console. It was first released on June 30, 1998 in North America and on July 17, 1998 in Europe, and later re-released as an Xbox Live Arcade game for the Xbox 360 on December 3, 2008. The game was under development for more than two and a half years and was originally intended to be an adventure game for the Super Nintendo Entertainment System. It is the first installment in the Banjo Kazooie series, and chronicles the titular characters' encounter with series antagonist Gruntilda. The game's story focuses on Banjo and Kazooie's efforts to stop Gruntilda's plans to switch her beauty with Banjo's sister Tooty. 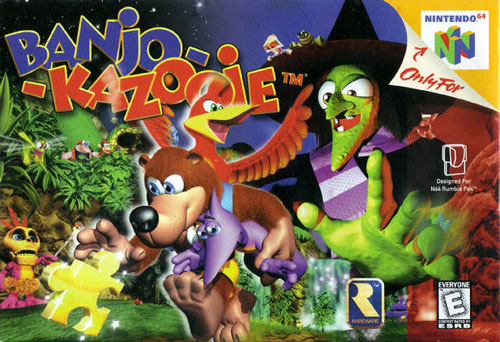