In the year 2012, a seemingly ordinary bartender named Desmond Miles is abducted by a mysterious organization. The captors attach Desmond to a strange device called "Animus", which allows him to access the memory of his ancestor, an assassin named Altaïr. For some reason, the reconstruction of Altaïr's memories is vital to the captors.

After accessing Altaïr's memory, Desmond is able to experience the events that took place in the Holy Land in the year 1191, the time of the Third Crusade. Al Mualim, the leader of the assassins, orders Altaïr to kill nine prominent historical figures, who supposedly let war and corruption take over the Holy Land.

During most of the game, the player controls Altaïr; however, it is clearly indicated that controlling him is a part of Desmond's experience. The player is also able to control Desmond between his sessions in the "Animus".

The game's most innovative feature is the freedom of choice and movement. Every architectural detail like window ledges, carvings in the stone or wooden bars can be used to move on the walls. This allows the player to have intense chase scenes if by any chance you're hunted by the guard.

There are several ways you can reach your goal in the game. Using eavesdropping, interrogation and pickpocketing, you can find out information about your next target. You can then use this information to choose whether you take on the targets by full frontal assault or with a properly placed throwing knife from the cover of the rooftops.

Depending on your choice, you'll have to deal with the citizens and knights of the cities who will become suspicious of a cloaked person wondering on the rooftops or near the mission targets. There are several situations where you can blend in the crowd, with luck, you can take out your target without anyone looking your way. Altaïr has a small but effective arsenal of weapons, such as swords and throwing knives and he can learn new combat skills to help him on his mission.

The Director's Cut Edition is the Windows release of Assassin's Creed.

While the core gameplay remains the same as in the PS3 and Xbox 360 versions, the Director's Cut Edition features some additions and improvements besides the more detailed graphics (including DirectX 10 support). The most noticeable additions are the four new informant missions which increases the total to nine available missions for each assassination. The four new ones are:

Other changes include an improved artificial intelligence and a comfort function which allows Altaïr to port himself directly from the home of the brotherhood (Masyaf) to a city of his choosing provided he already visited it before. In the console releases Altaïr always had to ride through the kingdom to return to a already visited city. 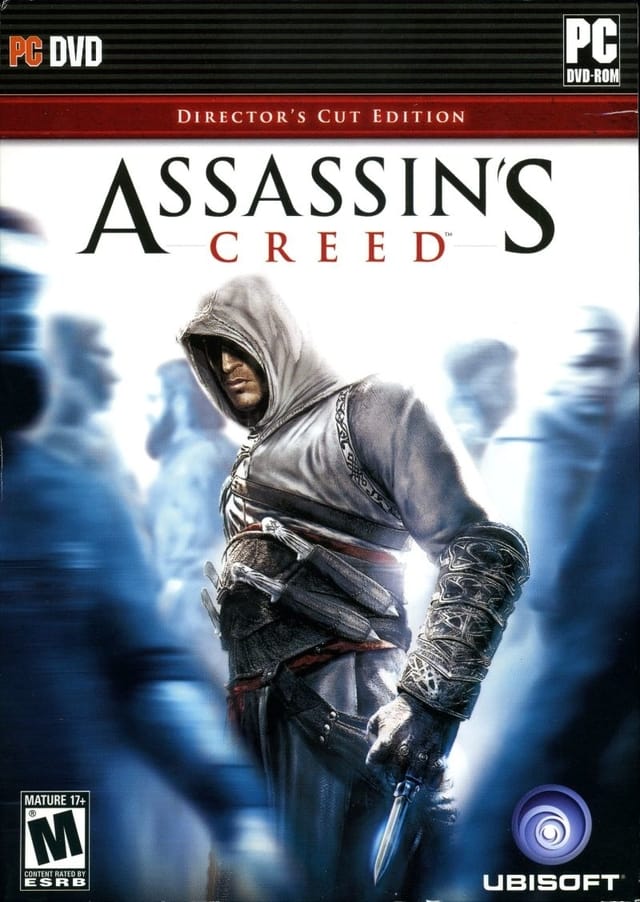