Abyss: The Wraiths of Eden

The utopian city of Eden, located at the bottom of the sea, was once a haven of peace, harmony and beauty. Constructed in secret by a group of enlightened people who treasured noble ideals, knowledge and new discoveries, it blossomed into a harmonious, peaceful society. However, their insatiable curiosity led to Eden’s downfall. A mysterious finding dug up from an ancient seabed unleashed supernatural forces that pitted the citizens against each other, turning them into the merciless executors of a sinister will. Fear and cruelty replaced peace and enlightenment. The city started dying, until only a small group of resistance fighters was left hiding in the ruins.

A world-famous explorer, Robert Marceau, who is also the protagonists lover, accidentally discovers the city. Contact with him is lost soon after that, and the woman, not caring about the danger, goes to the rescue. Striding along dark and ruined corridors of the underwater city, she discovers its mysteries and meets the last inhabitants. Documents from the past gradually reveal the horrifying truth about the conflict that destroyed this submarine paradise. 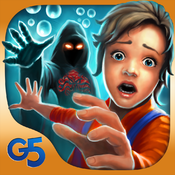