As a result of Commander Shepard's affiliation with the Cerberus organisation in the past, he or she is removed from active service by the Alliance military upon returning to Earth. It is at this point that the alien machine race known as the Reapers launch an all-out assault on the planet. The Defense Committee asks Shepard for assistance, and Captain Anderson re-installs him as a member of the Alliance and Commander aboard his old ship, the Normandy. While Anderson stays on Earth, trying to hold its defenses against the overwhelming power of the Reapers, Shepard is sent to the Citadel to convince the galactic council to provide military aid for the struggling planet, and unite the alien races in a battle against the common enemy.

Mass Effect 3 is the third game in the series and forms the final part of the trilogy. As with previous games in the series, gameplay combines tactical, squad- and cover-based third-person combat with role-playing, in the form of different classes, customizable upgrades and dialogue choices. As with the second part of the trilogy, save files from the previous games can be imported with decisions being made in the first two games having an effect on the new situations.

In addition to combat difficulty selection, the player is offered a choice of three modes before starting the game. The "action" mode bypasses conversation choices, displaying them as non-interactive cutscenes; the "story" mode keeps choices intact, but lowers combat difficulty. The "role-playing" mode reflects most closely the gameplay of the two previous games, containing both choices and more challenging combat.

Most of combat-related and character development features have been carried out from the preceding installment. Melee combat plays a somewhat larger role: certain classes possess the ability to execute powerful charged close-combat moves. Weapons can be modified with two enhancements each, gaining more firepower, large magazines, increased accuracy, etc. Like before, abilities and powers can be upgraded when leveling up; each of them now offer two upgrade choices per level, and selecting one of them will lock the other enhancement permanently.

Entirely new to the series is a multiplayer option in the form of the co-op game mode Galaxy at War. It involves up to four players cooperatively taking over enemy strongholds. Players can take part in Galaxy at War as any race in the game's universe. 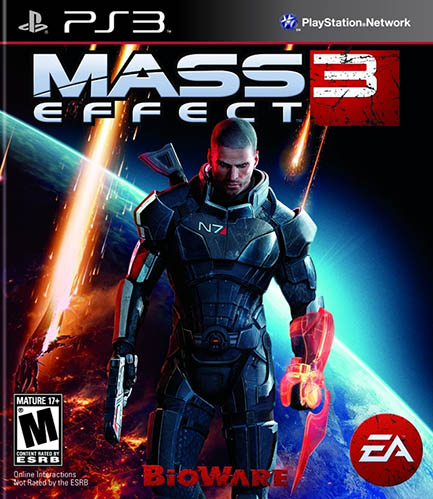