The Elder Scrolls IV: Oblivion (often referenced as Oblivion) is a single-player role-playing video game developed by Bethesda Game Studios and published by Bethesda Softworks and the Take-Two Interactive subsidiary 2K Games. It is the fourth installment in The Elder Scrolls action fantasy video game series, following The Elder Scrolls III: Morrowind. Oblivion was released March 20, 2006, for Windows PCs and the Xbox 360. A PlayStation 3 release was shipped March 20, 2007, in North America and on April 27 in Europe. After a number of smaller content releases, a major expansion pack—Shivering Isles—was released. The Game of the Year Edition became available on Steam on September 11, 2007.

Oblivion's main story revolves around the player character's efforts to thwart a fanatical cult that plans to open the gates to a realm called Oblivion. The game continues the open-world tradition of its predecessors by allowing the player to travel anywhere in the game world at any time and to ignore or postpone the main storyline indefinitely. Developers opted for tighter pacing and greater plot focus than in past titles.

Development for Oblivion began in 2002, directly after the release of Morrowind. In order to achieve their goals of designing "cutting-edge graphics" and creating a more believable environment, Bethesda made use of an improved Havok physics engine; high dynamic range lighting; procedural content generation tools that allowed developers to quickly create detailed terrains; and the Radiant AI system, which allows non-player characters (NPCs) to make choices and engage in behaviors more complex than in past titles. The game was developed with fully voiced dialogue—a first for the series—and features the music of BAFTA-award-winning composer Jeremy Soule.

Oblivion was well received and won a number of industry and publication awards. The game had shipped 1.7 million copies by April 10, 2006,and sold over three million copies by January 18, 2007. The Elder Scrolls IV: Oblivion Game of the Year Edition, a package including both Shivering Isles and the official plug-in Knights of the Nine, was released in Autumn 2007 for Windows PCs, the Xbox 360, and the PlayStation 3. The fifth Elder Scrolls game, The Elder Scrolls V: Skyrim, is to be released November 11, 2011. 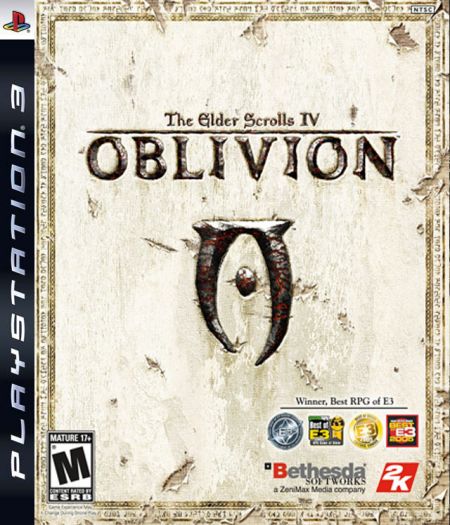