VVVVVV (pronounced as the letter V six times, "Vee", "Vs" or "[ vvvvvv ]") is a 2D puzzle platform video game designed by Terry Cavanagh and scored by Magnus Pålsson.

In VVVVVV, the player controls Captain Viridian, who is lost in an alternate dimension, in search of the missing members of the spaceship's crew. Instead of jumping, the player is able to control the direction of gravity, allowing Captain Viridian to flip between the floors and ceilings of the environment. The graphical style of VVVVVV is heavily influenced by the Commodore 64; similarly, the game's music is entirely chiptune. 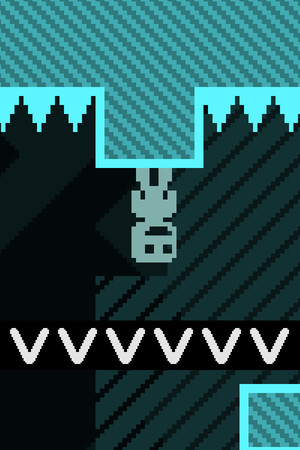