Sonic the Hedgehog 2 is a side-scrolling platform video game developed by Aspect and released by Sega for their Master System and Game Gear formats. The Master System version was released in Brazil on 25 October 1992, and in Europe around the same time. The Game Gear version was released in Europe on 29 October 1992, in North America on 17 November 1992 and in Japan on 21 November 1992. Being released before the 16-bit version for the Mega Drive (Genesis), the 8-bit editions of Sonic the Hedgehog 2 represent the debut of character Miles "Tails" Prower, Sonic the Hedgehog's best friend who became a recurring character in the series. 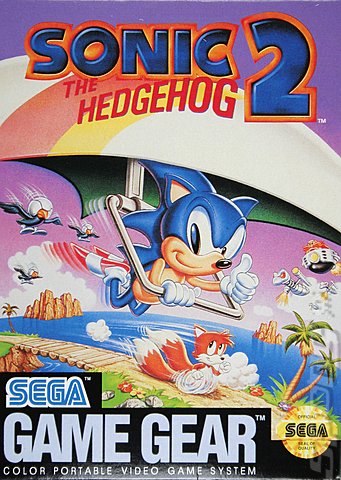