Sonic the Hedgehog 2, also known as Sonic 2, is a platform game that was developed in the United States by members of Sonic Team working at Sega Technical Institute, and published by Sega for the Mega Drive/Genesis. It was released in Japan on November 21, 1992 and in North America and Europe three days later on November 24, 1992 (Sega nicknamed the American and European release date, a Tuesday, "Sonic 2sday"). It is the sequel to Sonic the Hedgehog and was followed by Sonic the Hedgehog 3 in 1994. The game introduces Tails the Fox as a new playable character.

The story follows Sonic the Hedgehog and his new partner, Tails the Fox, on their mission to stop the evil Dr. Robotnik from stealing the Chaos Emeralds to power the Death Egg. Sonic and Tails must defeat Robotnik's army and free their friends.

As of June 2006, it has sold six million copies, making it the best selling game on the Mega Drive/Genesis. The game was compatible with Sonic & Knuckles lock-on feature which allowed the player to play as Knuckles (a character who made his debut in Sonic 3, and playable debut in Sonic and Knuckles) in Sonic 2. 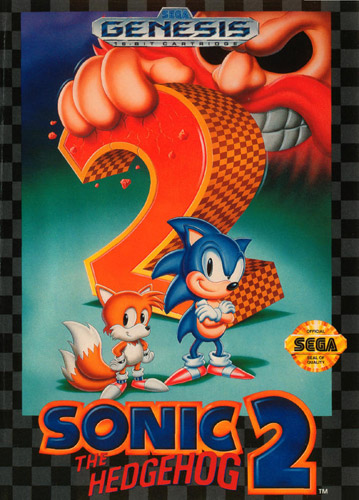