X-Men: Mutant Academy is a fighting game featuring three-dimensional stages, but largely adhering to the rules of 2D fighters. The protagonists are a combination of the classic Marvel comics characters and the X-Men movie. Nearly every X-Men character is available, each with their normal moves (much like Street Fighter in terms of the buttons pressed on the control pad), and plenty of super moves to spice things up.

The CD also contains various bonus materials, ranging from movie clips of a fighter after the player has completed the game with him/her, new costumes (each fighter starts with costumes from the comics; the new ones, when unlocked, are much like the ones in the movie), and a movie story unlocked when the player completes the game with all of the fighters.

Also included is a movie trailer for X-Men, and comic art by Marvel designers Joe Maduera, Adam and Andy Kubert, and more. 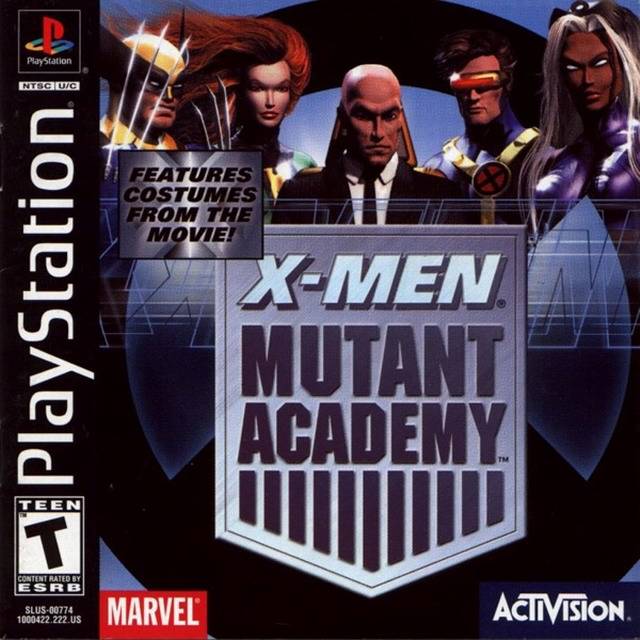