X-Men: Mutant Academy is a fighting game featuring three-dimensional stages, but largely adhering to the rules of 2D fighters. The protagonists are a combination of the classic Marvel comics characters and the X-Men movie. Nearly every X-Men character is available, each with their normal moves and plenty of super moves to spice things up.

Much like the PS1 version, X-Men: Mutant Academy on the Game Boy Color is a fighting game. Due to limitations on hardware, the stages in this version have been rendered in 2D, and the gameplay is different from the PlayStation version. In addition to Story Mode, where one player takes on all the others in consecutive fights, there is training mode, battle mode, survival mode, and a versus mode utilizing the Game Link cable. During a fight, a rage bar will slowly fill, which allows using powerful special moves that are activated through button combos. 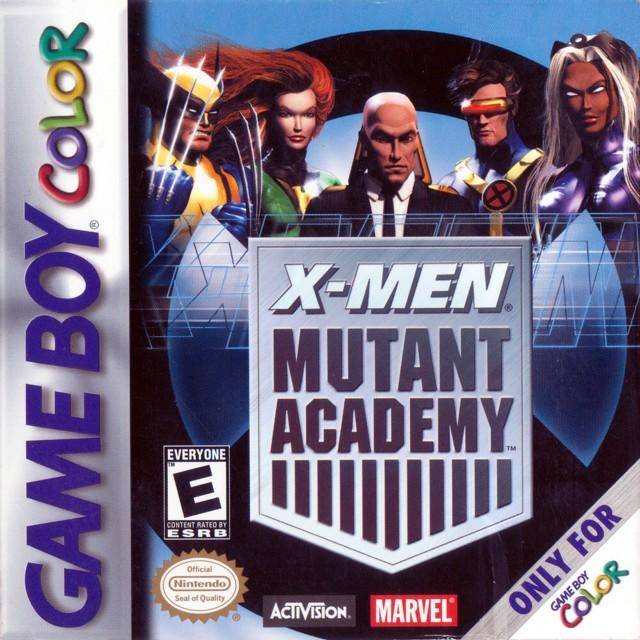