The game is set in the 1940s-1950s era of Empire Bay, a fictional city based on New York City, Chicago, Los Angeles, Boston and Detroit. There are 30-40 vehicles in the game (45 with DLC) as well as licensed music from the era. Many firearms from the previous game return, such as the Thompson submachine gun and Colt 1911, as well as a pump-action shotgun (though it was changed from a Winchester Model 12 to a Remington 870). New WWII-era weapons like the MP 40, the M3 submachine gun, the MG 42 and the Beretta Model 38 also appear in the game.

Interacting with objects in the environment involves two action buttons- a standard action and a "violent" action (for example, when stealing a car, the player may choose to either pick its lock or break the window glass), used in context-sensitive situations. A map is included as in the original Mafia game. The checkpoint system has been completely overhauled. New controls include a cover system that allows the player to hide behind objects (such as generators, walls and large crates) to shoot enemies, rather than just using a crouch while behind an object. 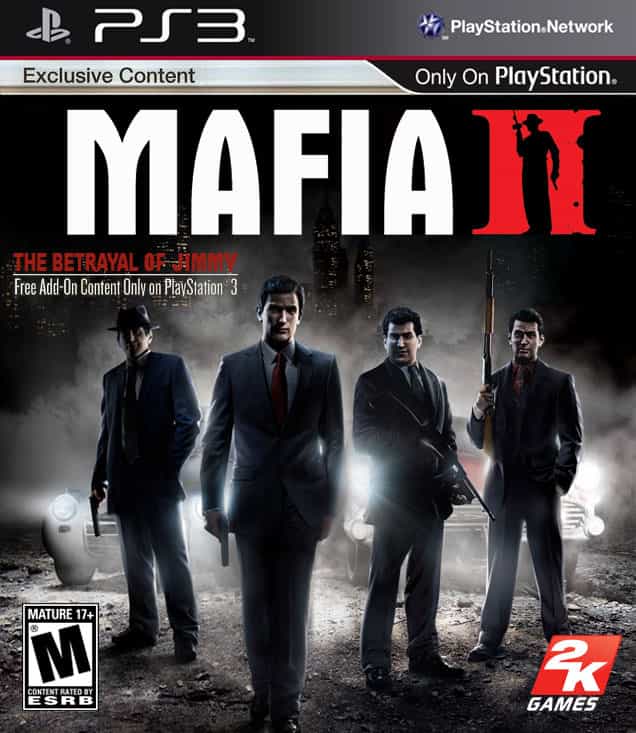