In Mafia II Mobile the player takes the role of Marco Russetto, a member of the Salieri crime family. The games starts in Lost Heaven where the young gangster is sent on a mission to Empire Bay. His job is to kill Tommy Angelo, the protagonist of the original Mafia.

It is an action game played from a top-down perspective. Unlike the PC/console version it is not an open world game. Instead it is split into levels where only a small part of Empire Bay can be explored. The levels consist of locating an NPC to retrieve a mission that most of the time involves killing members of rival gangs. The player can then walk around the level or steal a car and drive. The levels are not completely linear.

By exploring the player can find money, weapons and health packs. Each level also has side missions that can be done. Combat is straightforward. When using a gun the game auto-aims at the closest enemy and the player only presses a button to shoot. 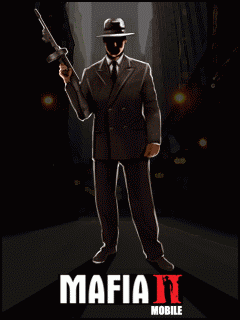