Analogue: A Hate Story is a visual novel created by independent designer and visual novelist Christine Love. It was created with the Ren'Py engine, and was first released for download on the author's website in February 2012. A sequel set centuries after Love's earlier work, Digital: A Love Story (2010), Analogue revolves around an unnamed investigator, who is tasked with discovering the reason for an interstellar ship's disappearance once it reappears after 600 years. The game's themes focus similarly around human/computer interaction, interpersonal relationships, and LGBT issues; but focus primarily on "transhumanism, traditional marriage, loneliness and cosplay." 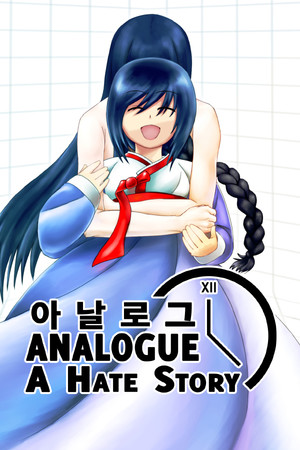